Biased by Jennifer L. Eberhardt
The Body is Not an Apology by Sonya Renee Taylor
Heavy: An American Memoir by Kiese Laymon
Health Humanities Reader, edited by Therese Jones, Delese Wear, and Lester D. Friedman
The New Jim Crow by Michelle Alexander
The Scalpel and the Silver Bear by Lori Alvord
The Death Gap: How Inequality Kills by David Ansell
Critical Care: A New Nurse Faces Death, Life, and Everything in Between by Theresa Brown
Uncommon Wisdom: True Tales of What Our Lives as Doctors Have Taught Us About Love, Faith, and Healing by John Castaldo and Lawrence Levitt
The Spirit Catches You and You Fall Down by Anne Fadiman
Complications: A Surgeon’s Notes on an Imperfect Science by Atul Gawande
The Checklist Manifesto by Atul Gawande Better by Atul Gawande
Being Mortal by Atul Gawande
Just Medicine: A Cure for Racial Inequality in American Health Care by Dayna Bowen Matthew
Ways of Dying by Zakes Mda
The Woman Who Decided to Die by Ronald Munson
The Soul of Medicine by Sherwin B. Nuland
How We Die: Reflections on Life’s Final Chapter by Sherwin B. Nuland
How We Live by Sherwin B. Nuland
What Patients Say, What Doctors Hear by Danielle Orfi
Incidental Findings: Lessons from My Patients in the Art of Medicine by Danielle Orfi
Every Patient Tells a Story by Lisa Sanders
The Immortal Life of Henrietta Lack by Rebecca Skloot
Black Man in a White Coat by Damon Tweedy
Medical Apartheid: The Dark History of Medical Experimentation on Black Americans from Colonial Times to the Present by Harriet A. Washington
Seeing Patients: Unconscious Bias in Health by Augustus White
What Patients Taught Me: A Medical Student’s Journey by Audrey Young
The Year of Magical Thinking by Joan Didion
The Boy in the Moon by Ian Brown
The Book of Kehls by Christine Kehl O’Hagan
Living on the Margins: Women Writers on Breast Cancer by Hilda Raz
Little People: Learning to See the World Through My Daughter’s Eyes by Dan Kennedy
Babyface: A Story of Heart and Bones by Jeanne McDermott
After Her Brain Broke: Helping My Daughter Recover Her Sanity by Susan Inman
An Alpha-1 COPD Love Story by Sally Everett
The Wounded Storyteller by Arthur W. Frank
Healing Lessons by Sidney Winawer
It’s Always Something by Gilda Radner
Hard to Forget by Charles Pierce
The Cure by Geeta Anand
When Bad Things Happen to Good People by Harold Kushner
Waiting with Gabriel by Amy Kuebelbeck
Eating Pomegranates: A Memoir of Mothers, Daughters, and the BRCA Gene by Sarah Gabriel
The Cascade Effect by W. Mark Dendy
Faces of Huntington’s Disease by Carmen Leal-Pock
Mom, I’ll Stop Crying if You Stop Crying by Robert Samaras
Girl, Interrupted by Susanna Kaysen
Count Us In by Jason Kingsley and Mitchell Levitz
A Necessary End by Nick Taylor
Facing the Wind by Julie Salamon
Under the Eye of the Clock by Christopher Nolan
Uncommon Beauty-Crisis Parenting from Day One by Margaret Meder
Thinking in Pictures and Other Reports from My Life with Autism by Temple Grandin
Thicker Than Water by Don Meyer
A Different Kind of Perfect by Cindy Dowling
Going Blind: A Memoir by Mara Faulkner
There’s a Boy in Here by Judy Barron and Sean Barron
Spelling Love with an X by Clare Dunsford
The Broken Toy by Marilyn Morgan
Shattered Dreams-Lonely Choices by Joanne Finnega
Saving Henry: A Mother’s Journey by Laurie Strongin
Mutants: On Genetic Variety and the Human Body by Armand Marie Leroi
Moonrise by Penny Wolfson
Breathing for a Living: A Memoir by Laura Rothenberg
Making Sense of Life by Evelyn Fox Keller

Speakers to listen to 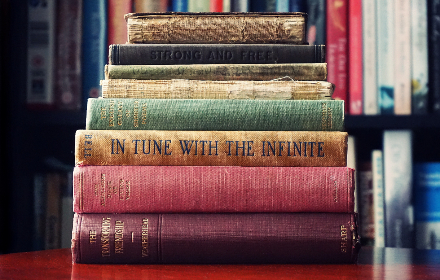 Do not miss these great recommendations in fiction, nonfiction, historical fiction, science fiction, philosophy, poetry, and medical reads from professors and students at Albany Medical College of Union College (NY). 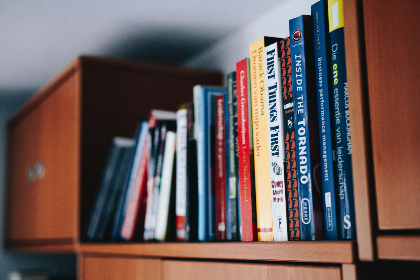